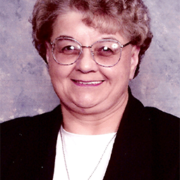 Returning to Danville, Frances entered the Sisters of Saints Cyril and Methodius on September 8, 1961, and was received as a novice on August 13, 1962, as Sister Margaret Mary. She was professed on August 13, 1964. Sister Margaret Mary attended Sacred Heart Institute in Danville, receiving a Bachelor’s Degree in Elementary Education from Cabrini College, Radnor, PA, and an Master’s in Elementary Education from Bloomsburg University. These degrees she put to good use teaching Grades 1 through 4 in parish schools in Connecticut, Indiana, Illinois and Pennsylvania.  She served on the Sisters’ Council in the Diocese of Greensburg, PA, and was Religion Coordinator for St. Joseph School in Hazleton and St. Michael School in Jessup, both in the Diocese of Scranton. When Sister Margaret Mary’s other skills were needed, she took up residence at Maria Hall where she ministered in a variety of roles, among them Local Coordinator and Administrator and later the Ministry of Prayer and Hospitality. Sister was the Administrator of Maria Hall when the Dominican Sisters from Elkins Park came to live there as well as the Carmelites from Elysburg. She helped them and the SS.C.M. Sisters make a smooth transition into a blended community, one that was able to respect differences and celebrate all that we have in common.

Over time, Sister Margaret Mary’s physical needs warranted a move to Emmanuel Center where she was able to find comfort and the care she required. She was a favorite of many of the staff, perhaps because she was well aware of the challenges they face in ministering to the sick.

On March 26, Sister Margaret Mary’s body was laid to rest at a graveside service at Villa Sacred Heart. Her body was back to where she spent many of the best years of her life while her spirit soared above it all.